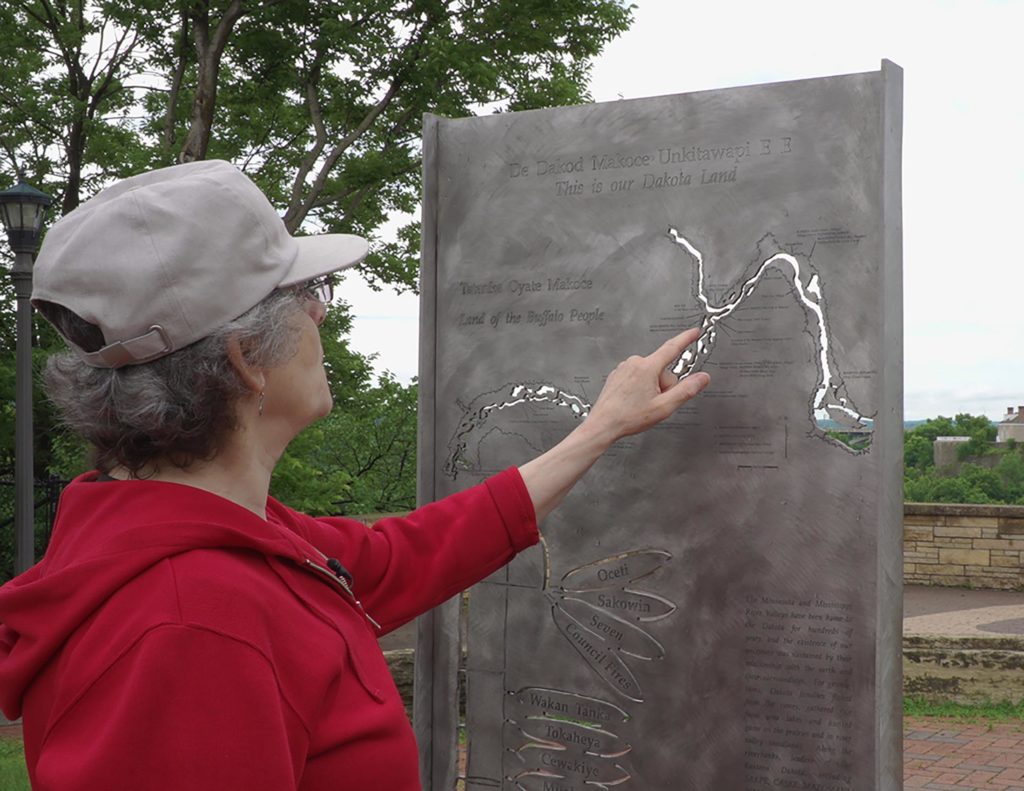 In 1849, Rita Davern’s ancestors fled an oppressed Ireland, making their way to St. Paul, Minnesota. They settled and later came to own a piece of land situated where the Mississippi and Minnesota Rivers converge, The Bdote. Pike Island, a sacred site to the Dakota people, was a source of pride for the Davern family. Yet, over time, Rita discovered that her family played a role in the complicated legacy of westward expansion in the U.S. Native Nations have governed this place we now call “Minnesota” for thousands of years. Despite written treaties between the Nations and the United States of America, settlers took sacred land and attempted to erase indigenous peoples from society. The award-winning documentary, “Stories I Didn’t Know,” follows the story of Rita Davern as she uncovers uneasy truths of her oppressed Irish ancestors. Join us for a special screening of “Stories I Didn’t Know” followed by a community conversation with Rita Davern, Ramona Kitto Stately, and Reuben Kitto Stately. Reflect on how one person’s discovery of truth can create a significant positive impact on a personal and statewide level. Explore with us the transgressions made by the federal government and non-Native leaders and how together we can confront current systemic failures as we work to create a more just Minnesota. Rita’s journey included participation in MHC’s Learning from Place: Bdote. This experience brings participants to sites of great significance to Dakota people in the Twin Cities. All proceeds from this event will support Bdote programming.