First Peoples and Immigrant Communities; A Brief History of the East Side 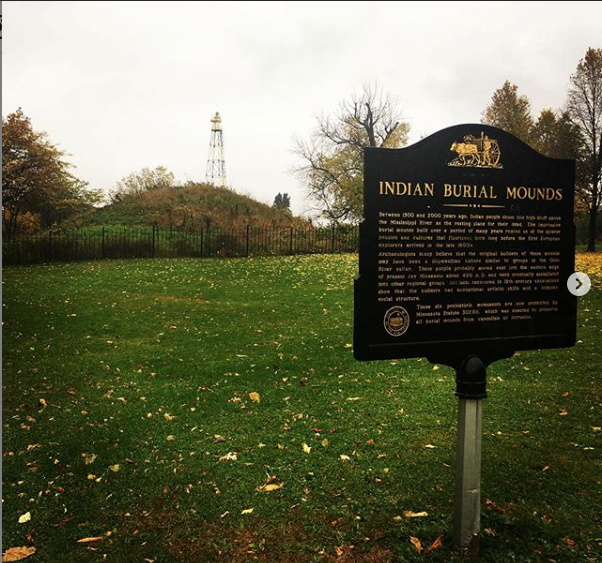 The identity of the East Side of St. Paul is rooted in its composition of immigrants from overseas and shifting populations in the United States itself, but long before any European settled here it was home to the first peoples of the Hopewell tradition and later the Dakota. The Hopewell and the Dakota interred their dead in burial mounds on the bluffs overlooking the Mississippi. At one time there were numerous mounds, but over time they have been excavated and destroyed for various development projects, including the expansion of the rail yard at the base of the bluff. In the 1880’s St. Paul began purchasing the land around the mounds to create a scenic park for St. Paul residents. During this time several more mounds were destroyed because they obstructed the view of the Mississippi river. Today, six of these burial mounds survive and can be seen at Indian Mounds Regional Park on Dayton’s bluff.

Swede Hollow, right next to Metro State, was a long-time home to Swedes, Poles, Italians and later Mexican immigrants moving to St. Paul. At one time this area was truly a slum, with industries in the area dumping waste and material down into the valley. Despite this many residents built homes in the valley from scrap metal and material that could be readily scavenged. Around the turn of the century Swede Hollow was home to around one-thousand residents, but by 1956 the city of St. Paul had declared it a public health hazard. This was primarily a result of residents dumping their sewage directly into Phalen creek. In fact, many residents built outhouses directly over the creek, amenities such as conventional plumbing were never extended into Swede Hollow. The remaining families were forcibly evicted and all the  houses were destroyed in December of 1956. Today, this isolated valley is home to a public park and Phalen creek, one of only a handful of daylighted streams in St. Paul. Old foundations from the homes that were once there can still be observed from the trail, a reminder of our not-so-distant past.

Enroll Now at Cornerstone School for Next Year

Oct 25 2019
Visit your local Eastside YMCA and have a great experience. We can help you know about a healthy lifestyle and healthy routine. Make sure you bring in the FREE 5 day trial pass. We have a huge fitness floor with cardio machines and weights. Group fitness classes. Aerobics classes. Swimmin...Continue Reading

Sep 24 2019
A new community gathering space called Urban Village has opened at 1082 Arcade St.   The space, geared toward supporting the local Karen community, fills a long-vacant building. The Karen are an ethnic group from Myanmar, also known as Burma, who fled the country due to persecution and genocide.  The community space opene...Continue Reading
Add to Report View Custom Report