St. Paul Keeps with its History

It’s been a weird year. We can see the light at the end of the tunnel but we still have restrictions in place. Let’s look to the places close to where we work and live to have the adventures we crave. To #EatGlobal and #BuyLocal. #EastSideEats

We can start in Minnesota’s Capital #StPaul #MN.

Founded by a bootlegger in 1841, the settler city of St. Paul has a storied history of making and selling alcohol. In 1865 a German immigrant founded the Hamm’s Brewery. 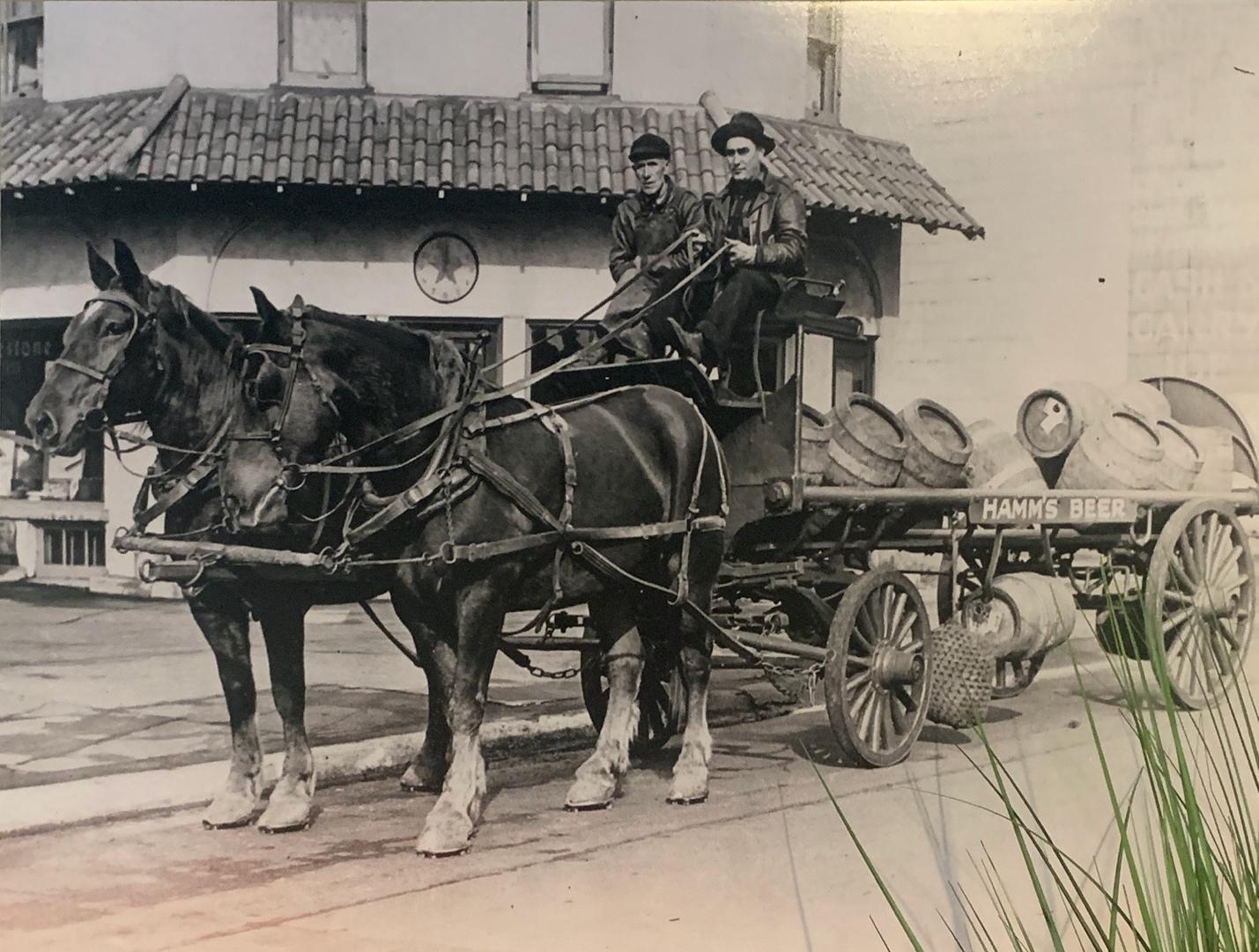 This historical site remains today on St. Paul’s East Side. There are newer occupants of this establishment maintaining its history. The establishment was in use until 1997 and remained unused for several years. In 2014 Saint Paul Brewing was established and took hold in this site. Shortly after that in 2015 11 Wells Distillery was founded and shares the same campus as Saint Paul Brewing. Eleven Wells has now opened a cocktail room at this very site as well. So stop in and #buylocal and join the fun at #EastSideEats.

Looking for a get-away without being able to get away. Come check out Saint Paul Brewing’s spacious Tap room with indoor and outdoor sitting options.

They serve that cold locally crafted tap beer and if you’re in the mood some Brick Oven Pizza as well.

Saint Paul Brewing can send you home with a selection of beers with their Crowlers. And right now they are Buy 3, Get 1 Free!

I recommend their Hidden Passage West IPA. I ordered a crowler to enjoy at home with some pizza. And talk about fresh they even filled my crowlers straight from the tap in front of me! 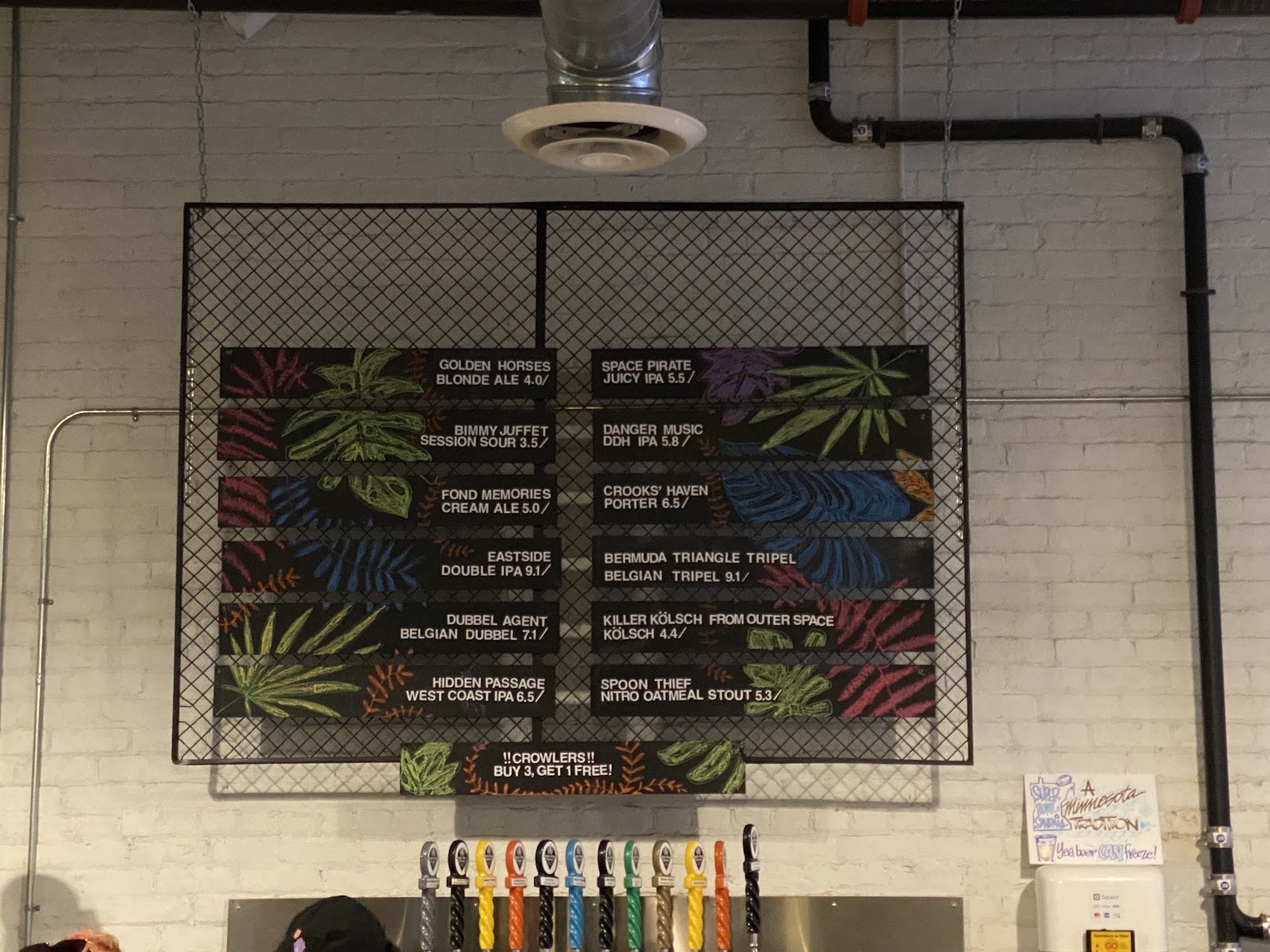 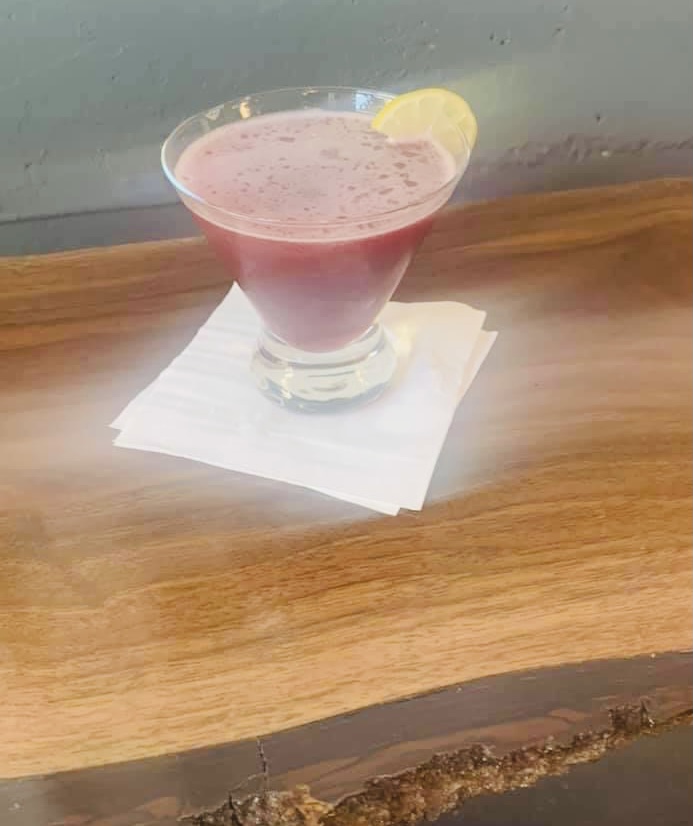 Do you want that Big City vibe? Come check out 11 Wells with their Manhattan or Cosmo and it will be like you’re in those city streets.

Eleven Wells has seasonal options with their winter menu still in place but changing soon.

Eleven Wells also has mocktails so if you’re not in the mood for alcohol but you want to get out have no fear.

Want to take some liquor home with you? Eleven Wells does off-sale liquor sales one 3.75ml bottle per customer due to Minnesota Law.

Looking for a refreshing treat order the Ti’ Punch you won’t regret it.

Mar 22 2021
At our East Side Connect! on March 18th we hosted a conversation with John Perlich and Shannon Watson from the St. Paul Area Chamber of Commerce about the PPP loans from the Federal Government. Our Federal Government has decided not to tax these as revenue but the State of M...Continue Reading

Gardening Fundraiser for East Side Elders

Mar 16 2021
Get your garden ready in style with East Side Elders! The Gardening for Good Fundraiser is going on now through April 30th. We are offering stand-up planters handmade by local craftsman Dave Gallaway – and you can also order plant cards for Gertens so you’ll be ready to fill thos...Continue Reading

Mar 6 2021
By Leslie MacKenzie A lot of people are staying close to home these days, but that doesn’t mean you can’t have a few small ADVENTURES. In this series – #EastSideEats GLOBAL – we’ll be sampling a new ethnic cuisine each week from some of the many family-owned restaurants found in on...Continue Reading
Add to Report View Custom Report